The story, so far.

I loved my chickens.  They liked me too, I think.  My morning walk to the chicken coop was something I enjoyed thoroughly.  The girls would be waiting for me at the door, eagerly anticipating their daily treat of food scraps and seed mix.  Following their breakfast, they would run through the gate I had now opened for them.  They all had their favourite spots to forage and scratch and would often follow me around the garden as I dug and pulled weeds, snatching up any bugs or worms that were uncovered.

It wouldn’t be long, bellies full, before they would dig themselves little nooks in the soil and commence their preening and dirt bathing.  It was all a pleasure to witness.

We had a rooster too.  His name was Hector.  We named all of our chickens because they were family.  Hector was a handsome bloke, shiny black feathers, a classic red – pink comb on his head and a distinguished fountain-like tail.  He was big too, a formidable fellow who definitely ruled the roost.

Before too long nature took its course and there was a clutch of eggs cracking open to reveal the most delightful little chicks.  Every tiny bird survived the ordeal of birth and all looked healthy.  What a truly joyous event.

Over the following weeks, I witnessed maternal care of the highest order.  Although the little yellow chicks looked fragile as they bounced and bobbled about, mother chicken was on the job around the clock.  She would allow them some playtime before gently raking them back in with her wing, tucking them safely underneath her.  If you have ever lifted a brooding chicken you would know that there is a patch of bare skin under her breast.  It’s soft and warm.  Those little chicks didn’t require much encouragement to snuggle in.

As the season changed from spring to summer, the once yellow chicks were now various colours including white, tan, brown and black.  They all found their place in the established hierarchy.  If they stepped out of line there was no shortage of female role models on hand to discipline them.  I very much enjoyed hanging out with my feathered family.

I had to count them a number of times, just to be sure.  I was left no doubt. Four of the chicks turned out to be roosters.  This could make things interesting.  Everyone was getting along fine and I saw no reason to worry.  I was confident that they would sort themselves out and it seemed Hector was still the boss.  Others didn’t share my optimism.

Family and friends lined up to share their knowledge of poultry.  I was warned of the impending fights, blood and mayhem to come.  The overwhelming weight of advice was to “thin out” the crowd.  I was assured that the birds could be humanely slaughtered for eating and not wasted.  I relented and their fate was sealed.

I had killed animals before.  A couple of years earlier, one of our first chickens contracted Marek’s disease, a herpes-like virus that paralyses and results in death.  Putting this poor creature out of her misery was heartbreaking, but it was upon me to end her suffering.  I did my best to make it quick and painless.

This time was different, this time was wrong. I had enjoyed watching these birds grow. They were healthy and happy.  They had shown no signs of aggression toward the other chickens. Why then was it necessary to take their lives?  It confounds me to this day that I ignored my conscience to comply with convention.

An offer of help came from someone experienced in these affairs. They meant well and had made a special trip out to give me a hand. Added to that we had agreed to share the bounty, so I felt obliged to follow through on my commitment. We made our way to the chicken coop.

I assured myself that it would be over quickly and I had insisted on the fastest method of dispatch possible. In reality, whatever time did pass, I was fully present in those moments. The moment I touched the soft feathers, the moment I felt hearts beating, the moment I saw eyes blinking, the moment I rested lifeless bodies on the ground - The moment of betrayal.

Something profound shifted inside me on that sunny day.  It was like a mist suddenly cleared to reveal two paths.  The first was the path I was already on where my choices could be justified by culture and convenience, or I could choose another way. One of compassion for those I had long claimed to love..

There was never an easier choice. 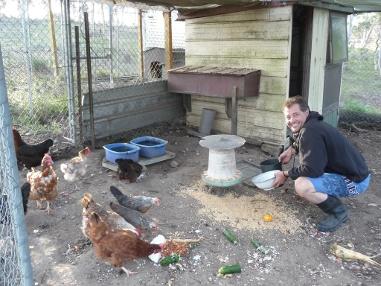 "The girls would be waiting for me at the door, eagerly anticipating their daily treat of food scraps and seed mix." 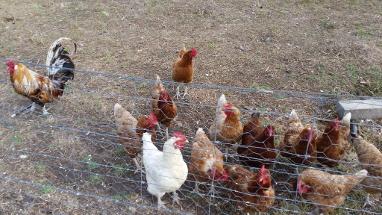 "As the season changed from spring to summer, the once yellow chicks were now various colours including white, tan, brown and black." 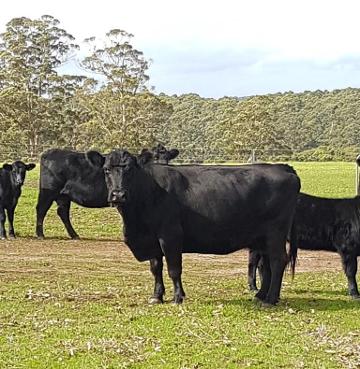 Go to next episode

From episode 2 - Handling the truth

"....I thought of myself as a vegetarian, whatever that really meant.  The plight of animals was at the forefront of my mind whenever my thoughts turned to food.  Even so, not only did I happily consume eggs, I regularly enjoyed dairy products.  Cheese was right at the top of my list of treats. It was always front and centre when entertaining guests. I was fooling myself, and being fooled by the food industry...."