Episode 3 – It can do your head in

My original decision to become vegan was a moral one and that made some people uncomfortable, at times even a little defensive. It was as if they felt I was judging them.  Maybe I was. Not them personally, but perhaps their lack of sympathy for the animals that ended up on their plate. Couldn’t they see what was happening out there? Surely it must have been obvious that unspeakable suffering was being perpetrated and needed to be stopped.

Truth be told, I had unreasonable expectations.  After all, it took over forty years and the killing of animals by my own hand before I made the change. What right did I have to expect others to jump on board in an instant?

Love and support has surrounded me all of my life.  This didn’t change once I became vegan. Sure, friends and family were curious and perhaps a little concerned about my sanity for a while, but they supported my decision none-the-less. They happily produced vegetable options for me at dinner parties (They were usually the first dishes devoured!) and whenever discussions turned to my vegan lifestyle there was usually a genuine willingness to listen. For the most part people seemed to get it; after all, they too had witnessed the graphic footage of animal suffering and thought it abhorrent. Why then wouldn’t they join me on my plant-based journey?  It could be that we are creatures of habit and pride.  We humans don’t like big change and we certainly don’t like being wrong. So we compartmentalise.  We construct our own custom reality bubble, inside which we feel comfortable, justified and insulated from inconvenient realities. This echo chamber allows us to convince ourselves that we are doing all we can.

Every day I see the overwhelming love that people have for animals. Our four-legged friends are often the most indulged members of the family. The very thought of our fur babies being put through any kind of duress is unthinkable.  This love of animals often extends beyond the front gate. Perhaps at a local park where a family with young children watch on in delight as a mother duck waddles by, her fuzzy brood of chicks trailing close behind.  The wondrous little parade may have even brought the nearby street to a stand-still with cars stopping to provide safe passage across.

Everywhere I look there is evidence of humanity’s love for animals. The problem is that it is conditional love based on human desires and convenience. If someone had grabbed that mother duck by the legs and slit her throat the reaction from onlookers would have been one of horror. A fair response given the extreme act of animal cruelty just performed, and it was front of children. Such actions are a criminal offence and could possibly bring heavy fines or even a jail term.

This is where the disconnect lies. Billions of animals die in equally appalling ways every day. These lives are snuffed out behind closed doors, far away from our collective gaze. Not only do we see this as unremarkable, we actually pay companies to do it on our behalf. A transaction done at arm’s length to ensure our contrived reality is preserved. It has become clear to me that the limits of our kind-heartedness extend only so far. There is a boundary that most are afraid to look beyond, where a stark and dreadful reality must be witnessed. I only hope that humanity eventually reaches this point and chooses compassion over convenience.

I am saddened when someone eats meat in front of me.  I feel grief, not only for the needless suffering and death of the animal served on their plate, but also for the labour force languishing in the darkened corners of the animal agriculture industry. These are the tortured souls working on kill floors around the world where billions of animals meet their grisly end. Often poorly paid and vulnerable, it falls to these employees to undertake the mass killings that an insatiable society demands. As a result of enduring this oppressive environment, workers often suffer from depression and many have been diagnosed with post-traumatic stress disorder (PTSD).

Whenever I see the footage of a cow being hit with a sledge hammer, a piglet being kicked against a wall, unwanted male chicks being ground up alive, and the countless other horrors carried out in these places, I see these death workers as victims as well as perpetrators.  How could they not be adversely affected by the ever-present violence that surrounds them?  The acts are deplorable, the individuals are responsible, the industry is to blame and the consumer is complicit.

In order to reconnect we need only to view all animals through the same lens.  We must become animal lovers, not just lovers of pets. By choosing a plant-based vegan diet we can finally move away from the cruel animal agriculture model. This would not only bring an end to the needless suffering of animals, it would provide food industry workers with job opportunities where they would no longer have to commit acts of violence to earn a living.

This can only be a good thing for all earthlings.

"We construct our own custom reality bubble, inside which we feel comfortable, justified and insulated from inconvenient realities." 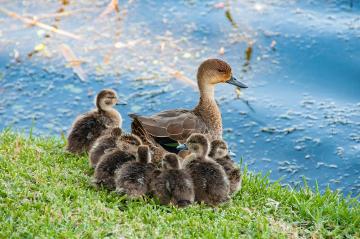 "If someone had grabbed that mother duck by the legs and slit her throat the reaction from onlookers would have been one of horror.." 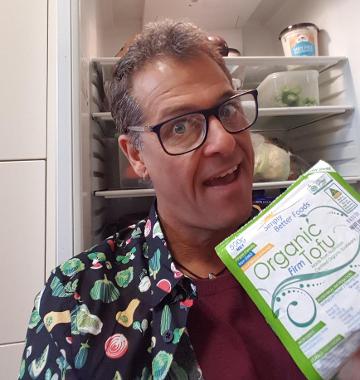 "We often find ourselves being quizzed about our iron absorption or blood results by our omnivorous interrogators. This line of questioning seems to be entirely reserved for the vegan radicals"