My way of life didn’t change overnight.  I wish it had. Chicken, beef, lamb and fish were easy to give up.  It was obvious to me by now that these creatures were being tortured and killed without regard.  They had become exploited commodities rather than viewed as living beings deserving of respect and love. I saw them now. They were citizens of the earth, just like me.

I continued to eat the eggs produced by my chickens.  After all, I looked after them and they seemed happy enough.  I was sure it was natural for them to lay eggs every day.  It wasn’t until years later I learned that taking their eggs encouraged them to produce more often than was healthy.  That laying eggs is not easy. It takes great effort and energy, to the point where, in some cases essential calcium is drained from the mother, making her weak and shortening her life.

I thought of myself as a vegetarian, whatever that really meant.  The plight of animals was at the forefront of my mind whenever my thoughts turned to food.  Even so, not only did I happily consume eggs, I regularly enjoyed dairy products.  Cheese was right at the top of my list of treats. It was always front and centre when entertaining guests. I was fooling myself, and being fooled by the food industry.

When I was a kid, I had relatives that operated a dairy farm.  The cows looked healthy and I remember a beautiful black calf sucking on my fingers.  I thought it must have been heaven for the animals living there.  This experience reinforced all of those dairy commercials featuring happy cows grazing, feeding their young and even laughing.  The white gold that flowed from that iconic bottle was also touted as the silver bullet of health.  The milk mantra rang out across the nation, calcium, protein, healthy teeth and strong bones.  Such was the culture, if you weren’t feeding your kids dairy you were an irresponsible parent.

The world had long been aware of the barbaric treatment meted out to factory chickens and pigs. However, the beef and dairy industries had so far managed to keep a relatively low profile when it came to their own animal welfare practices, or lack thereof.

I can recall the first time I witnessed the treatment of Bobby (male) calves, the cold sweat and the horror. Calves like the one I had met as a child turned out to be no more than a waste product to the dairy industry.  Taken from their grief-stricken mothers soon after birth, weak and hungry, without milk to nourish them, these babies would be carted off for slaughter or kept in a tiny pen until their muscles had softened enough to be consumed as veal.  Sickened as I was by the brutal truth, I realised that for so many years I had been ignorantly complicit. No more.

Many say that rape is too strong a word for what cows endure at the hands of the dairy industry.  Perhaps it is, but it’s as close to the truth as any word could be.  How else would you describe an act of sexual violation without consent? Perhaps rape is our word, reserved only for humans. Some may argue that a human life is more valuable than that of a cow. Surely, even those who subscribe to this notion would have to admit that, by definition, these innocent victims of the dairy industry have been sexually abused, year after year after year. It certainly became blindingly obvious to me.

At long last my moral scale tipped. No more dairy, no more eggs.

I would forever embrace the compassionate way, the vegan way.  It felt good and I felt free. 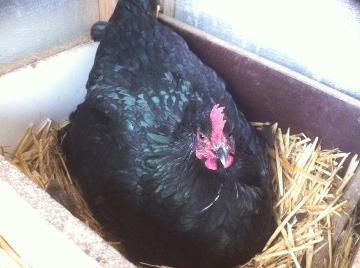 "...laying eggs is not easy. It takes great effort and energy, to the point where, in some cases essential calcium is drained from the mother..." 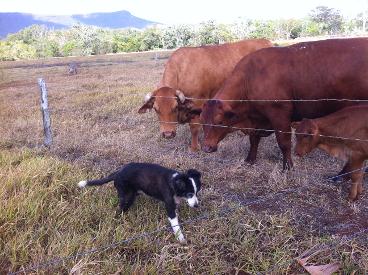 "They had become exploited commodities rather than viewed as living beings deserving of respect and love."

If you enjoy our blogs, podcasts or videos, please visit our facebook page and let us know if you have any requests for content. 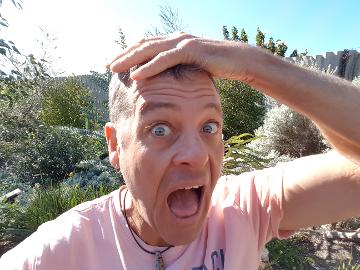 Episode 3 out now, check it out

From episode 3 - Doing my head in

"Whenever discussions turned to my vegan lifestyle there was usually a genuine willingness to listen. For the most part people seemed to get it. They too had seen the graphic footage of animal suffering and thought it abhorrent. Why then wouldn’t they join me? What was it about the truth that failed to resonate?"